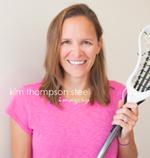 Coach Todd (MB) is most notably known as the Girls Director of The Southern Marin Lacrosse Club. In the last 4 years that she has been with SMLAX, she has managed to add over 200 girls to the program. Coach Todd, more affectionately known as Coach MB, also coaches a select U14 A team of girls each season. Her teams have succeeded in placing in the top 5 in their division in the last 3 years. She runs fall and summer lacrosse camps geared for developing younger players and preparing older players for their high school career. Her camps are coached by current Division I players as well as successful high school coaches all looking to enhance both technical skill and mental preparedness for elite level play. Often, there are Wolfpack Alumna coaching at camps and clinics!

Prior to joining the Wolfpack family, MB served her earlier years in key roles at various prestigious lacrosse programs. A Philadelphia native (Go Eagles!), Mary Beth was a member of the inaugural US U-19 team in 1995. After graduating from D1 William & Mary College in 1999, where she was captain of both her field hockey and lacrosse teams, she moved to the Bay Area to take on a position at University of California, Berkeley. There she spent 4 years as assistant coach. During that time the team achieved their best-ever ranking of #14 nationally. After Cal, she had a brief stint at Positive Coaching Alliance (PCA). PCA ideals are firmly rooted in her coaching style and philosophy today and lacrosse is a platform for teaching life lessons. In 2007, MB moved on to accept the job of Assistant Athletic Director at University High School in San Francisco. During those 8 years, she also held the position of Girls Varsity Head Coach, taking her team to the MCAL playoffs every season, and in 2013, the NCS Championship. While also at Cal, she earned her Masters of Sport Management from the University of San Francisco.

As a mother of 3 young children under the age of 8, MB is a true mentor to her players. Her energy and love for lacrosse, coupled with a genuine desire to coach dedicated and developing talent makes this program unique. She spends her free time learning how to play tennis and hiding from her children.

“As the Girls Director for Southern Marin Lacrosse, I feel that I can have a greater impact on the sport. With over 300 girls coming through our program every year, we are able to reach more players. At the U14 level, my focus is on preparing our players for high school…both on and off the field.” 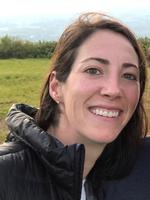 Aline Copp first started playing field hockey when she was in the 6th grade at the Kinkaid School in Houston, TX. She was immediately hooked and spent most of her summers going to college field hockey camps and competing in Futures, where she played on the gold medal team at the 2001 Junior Olympics. She played NCAA Division I Varsity Field Hockey at Harvard (2003-2007), earning All-Ivy League Honors and the Ivy League Championship in 2004. Upon graduating, she moved to Houston for work, yet stayed connected to field hockey by becoming a USFHA field hockey referee and officiating high school games during her free time. In 2016, she joined Jen Reidy at Redwood High School in Marin County, where she is currently the varsity field hockey co-head coach. She has led Redwood to become one of the top competitors in the Bay Area and the MCAL champions in 2019, 2021, 2022 (no championship was held in 2020 due to COVID, but RHS finished first with an undefeated record). Redwood has been undefeated in MCAL league play from 2019-2022. She enjoys introducing younger players to the sport and preparing high school girls for elite play. She also enjoys helping athletes navigate the college recruiting process. She is honored to have built the first field hockey club in the North Bay.

Aline has two young children at home, a wonderful husband, and the most amazing labradoodle named Butters. She loves working with youth and is passionate about instilling positive values through sports. She also teaches preschool and is the Community Partners Outreach Director of HAND of the Bay Area, a local non-profit. 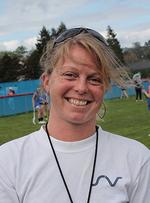 Coach Butler (Natalie) is a true pioneer when it comes to lacrosse in Marin. Born and raised in Mill Valley, CA she is one of the founders of the inaugural girls lacrosse team at Tamalpais High School. Having a true love for the game at an early age, and having herself played for Southern Marin Lacrosse Club (Wolfpack), she spent a summer petitioning the high school for a girl’s team.

Natalie stepped down as the Varsity Head Coach for girls lacrosse at Tamalpais High Schoolafter the Spring 2018 season. She had spent 5 years building a program that can now, for the first time support both a Varsity and Junior Varsity Team. With her leadership, girls are developing and mastering their skills at a competitive high school level.

Graduating from Dominican University, with a BA in Education, Natalie spent a lot of her free time playing club lacrosse. She is currently a Northern California Youth Senior Umpire and continues to work with coaches and collegiate talent to further develop her program at Tam.

One thing that Natalie has a love for the game and a desire to share that passion with their players. 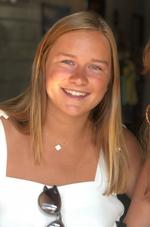 Susanna grew up in Connecticut and just graduated from Middlebury College where she studied Psychology and Global Health. At Middlebury, she played varsity field hockey and varsity lacrosse, and loved to ski too! Now, she has just started a job in executive search and lives with fellow coach Emma McDonagh (they have lived together since freshman year of college!). 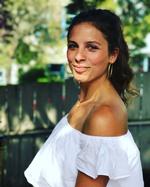 Erini Blakey grew up on the east coast and then moved west to play lacrosse at the University of Southern California, where she played midfield and captained the team during her junior and senior seasons. In addition to coaching with the Rippers, she's the head girl's varsity lacrosse coach at University High School, and has also coached various camps, clinics and teams with SF Riptide. 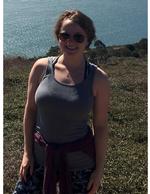 Liz is originally from Philadelphia, Pennsylvania. She played club lacrosse and continued playing on Temple University's club team during her undergraduate studies. Liz has been coaching since high school and is stoked to work with Rippers and show everyone that west coast laxers are not to be messed with!

She resides in San Francisco and loves hiking, cooking, and having a lax catch with her better half! 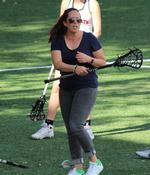 Meaghan grew up on the east coast and started playing lacrosse in high school.  Her West Genesee girls varsity team was the first to reach a regional tournament.  She then went to college at SUNY Oswego (State University of New York at Oswego), a Division III school, where she played both soccer and lacrosse and was Captain of the lacrosse team her senior year.  After college, Meaghan moved to California to pursue an MBA in Sustainable Enterprise at Dominican University.  She was missing lacrosse so she started coaching U10 in 2014. Fast-forward to 2018 when Meaghan became coach of the JV team at Marin Academy, where she has been for 2 seasons.

Meaghan loves lacrosse and really enjoys experiencing girls falling in love with the sport and being a part of a team, and she really thrives on helping skilled players achieve their potential. 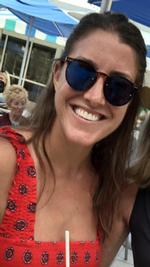 Paige grew up in Darien, CT where she played lacrosse and swam competitively in high school. She attended CAL where she was captain of the lacrosse team until she graduated in 2014. Paige currently lives in SF where she is working in AdTech and is a passionate yoga instructor. She has loved coaching the Rippers U12 A team for two seasons. And she also loves dolphins.

Megan grew up in Alexandria, Virginia where she played for Georgetown Visitation High School. During this time, she was a 4x varsity lacrosse player & member of the swim team, earning all-league titles in both and going on to captain the lacrosse team her senior year. After high school, Megan joined the team at Cal and went on to coach for a variety of club and rec teams in the Bay Area and back East.

Today, Megan works for the One Love Foundation, providing workshops for middle and high school students on healthy relationships while also running their Teen Ambassador Program. When she’s not working or coaching, Megan’s on the search for the best dumplings in the city. 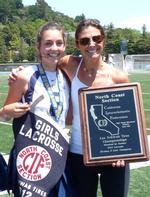 Whitney has been involved in teaching and coaching for her whole life. She played both Varsity lacrosse & field hockey at Trinity College and started out in the role of Assistant Varsity Coach at Portledge School, NY, coaching under her high school coach.

In 2001 she began coaching lacrosse at Marin Catholic too – she coached both field hockey & lacrosse for many years! Her lacrosse coaching career is outstanding! She took home 5 (yes 5) MCAL Championships & 1 NCS Championship.

Whitney currently resides in Tiburon and has coached Southern Marin girls teams in Spring. She is an inspiration to all players lucky enough to be coached by her! 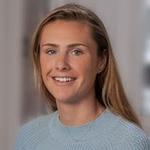 Sophie grew up in Connecticut and attended Bucknell University where she majored in Political Science and captained the Varsity Lacrosse team. She currently lives in San Francisco and works in executive search.  In the spring, Sophie can be found leading the Southern Marin Lacrose GU12A team! 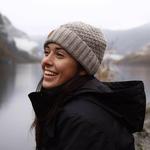 Emma is a Massachusetts native now happily living in San Francisco. She graduated from Middlebury College in 2019 where she studied Architecture and Environmental studies and played on the Varsity Lacrosse team. When she isn’t coaching lacrosse she can be found exploring the outdoors, eating good food, or hanging out with Sus! 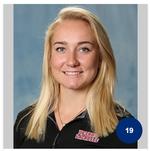 Taylor grew up in Orlando, Fl where she started playing lacrosse in 4th grade. She was an All-American and on the National team while in high school. She played club lacrosse for RC Elite which helped her earn a scholarship to play D1 lacrosse at the University of Detroit Mercy.

While at the University of Detroit she majored in Business Management.  As a defender, she finished 15th in program history for number of caused turnovers.

She moved to California for work in 2020 where she works for an Auto Manufacturer.   She is the head coach of Tam High School. 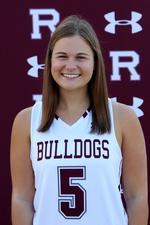 Charly Walter grew up in Maryland. She was a 2020 graduate of the University of Redlands where she majored in Psychology.  As a Bulldog, Charly was an attacker who served as a team captain her senior year.  She was a Scholar-Athlete all four years.  Charly now lives in San Anselmo here she is working towards her Masters in Education through the University of Redlands School of Education.  In the spring, she coaches at Tamalpais High School as the Assistant Coach.  Charly also coaches with Southern Marin Lacrosse in the off-season. 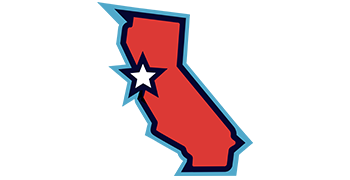 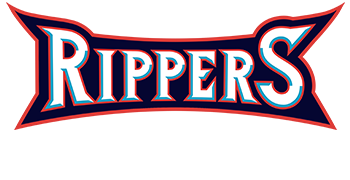 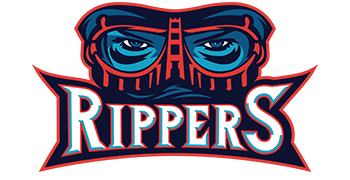